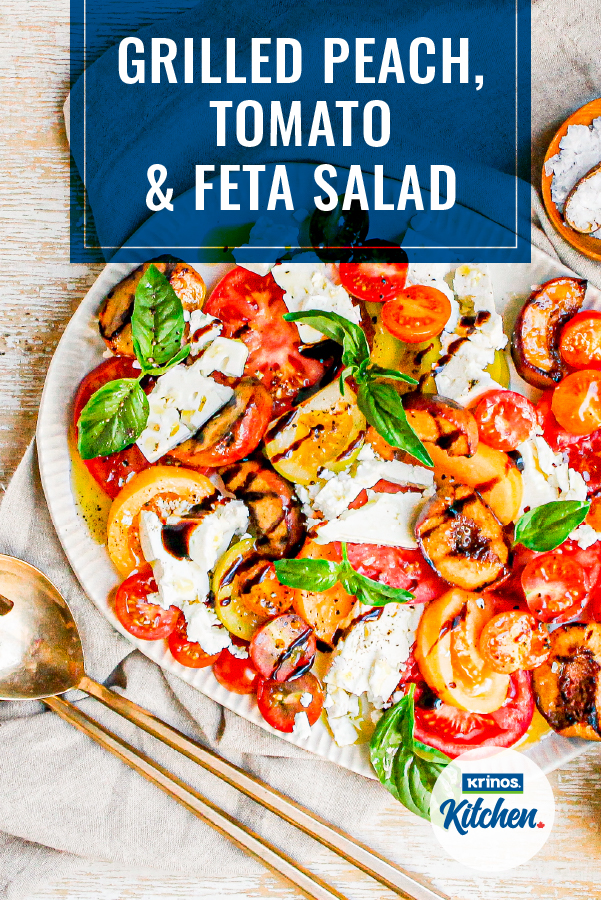 Meals in Under 20 Minutes with Palirria 2. Toss the quartered peaches in just enough oil to lightly coat and place cut side down on the hot grill. Cook for 2-4 minutes until there are nice grill marks but the peaches are not mushy. Flip pieces so the other cut side is directly on the grill and continue to grill for an additional 2-4 minutes. Set aside

4. To assemble the salad, layer the sliced heirloom tomatoes on a serving platter followed by the halved heirloom grape tomatoes. Season the tomatoes very lightly with the flaky sea salt and fresh cracked black pepper.

5. Nestle the grilled peaches in and around the seasoned tomatoes followed by the feta pieces which can be lightly broken up or crumbled by hand.

6. Drizzle with the Krinos Extra Virgin Olive oil followed by the Krinos Balsamic glaze and top the salad with the basil leaves and serve. 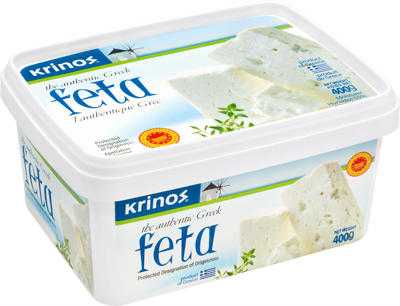 Greek Feta
Produced in Greece and distinctive for its rich flavour and versatility. 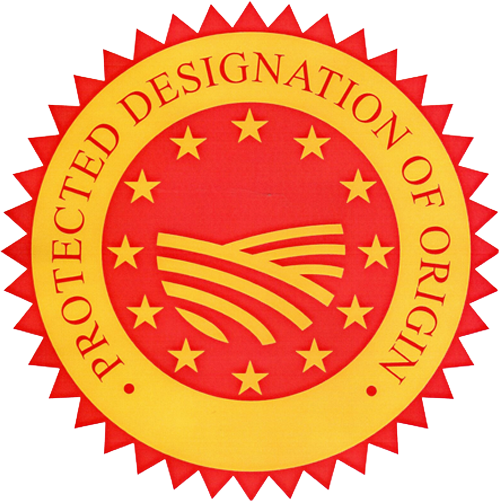